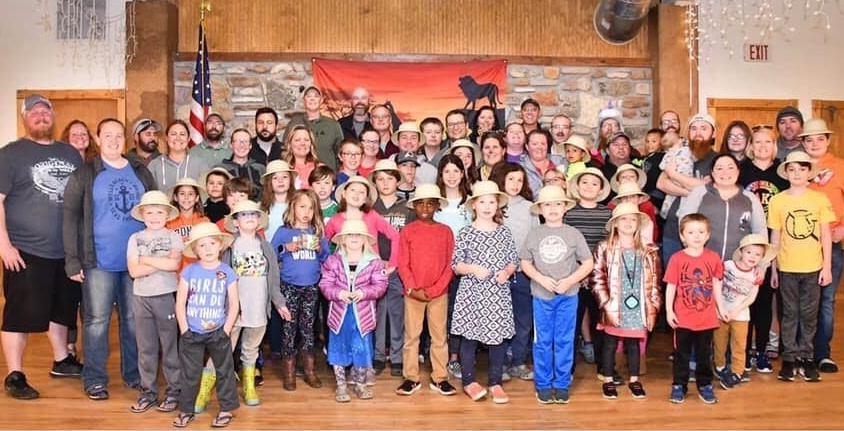 On February 17th, our family, along with about 18 additional families, descended upon Glen Rose, Texas and took up residence at the Oakdale RV Campground. It was to be our home for the week and it was guaranteed to be a bit of a WILD time. After all, it was the Safari Hangout!

The first day kicked off with a meet and greet coffee talk at the playground. The kids were already getting into the “WILD’“ theme as they swung from the monkey bars and jumped like kangaroos on the 4 person see-saw!

While some lingered for the rest of the morning chatting, others headed out on a field trip. The Field Trip was to Fossil Rim Wildlife Center. Our group was a bit large, so some of us went the next day. Our family went on Tuesday, as we were running a little late to the game that first day and still needed to setup camp.

Fortunately, we had our act together by dinner time and we were able to make it to the potluck dinner that evening. At the potluck, Jill and Tara, our leaders for the week, gave us the down low on the rest of the week and gave away some fun raffle prizes. They also introduced us to our fundraising project which involved everyone voting for their favorite animal suing spare change. All the money raised would go towards the purchase of a Trail Camera for the Fossil Rim Staff.

We love that about FTF! There are always ways to serve or give back to people in the community at large. And of course, it is always more fun when you’re with friends! 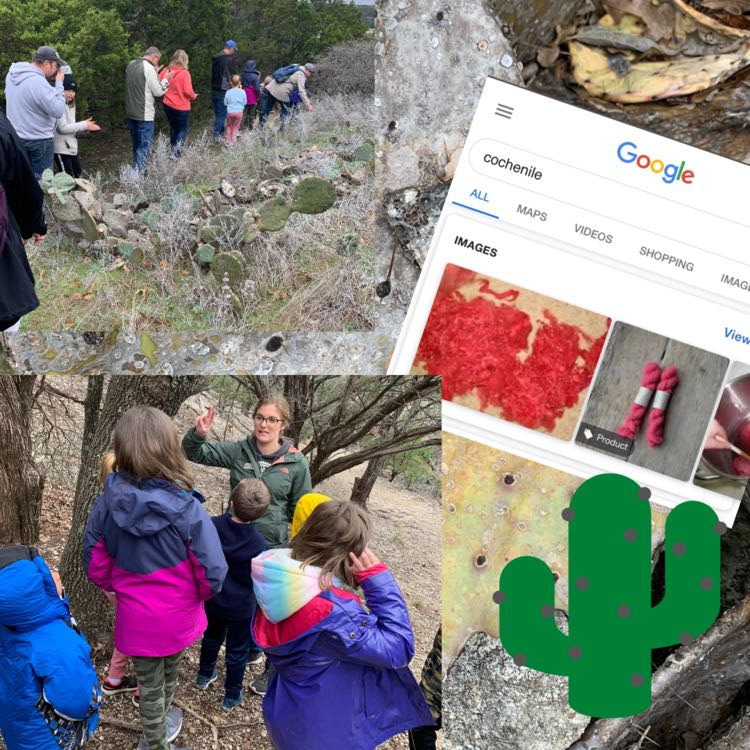 After the morning coffee talk on Tuesday, our family headed out to Fossil Rim Wildlife Center to join about a dozen other families on a fun-filled day of exploring and learning.

Upon arrival, we were split up into two groups. Our group headed to the education center first. On the way there we passed several animal pastures and bird cages. Inside, our guide took us through an interactive lesson on habitats and conservation. It was a giant Jenga Game!

The class was followed by a short hike that gave us a view of the preserve from a distance. Our guide had some really cool things to point out in nature. For instance, did you know that the white fungus-looking stuff seen on cacti is actually a bug? It’s called Cochenille and when you squish it, it turns bright red! People have used it for centuries to dye things and Starbucks has even used it to color a drink. Hope I didn’t try that one!

After the hike, we had an hour of freetime to have a picnic lunch and explore the children’s nature center that was on the campus. My kids were particularly enamored by the emu! It is a miracle they didn’t get their eyes pecked out considering how close they were getting. Other animals they had for close viewing and petting, included, a desert tortoise, a hog, goats, and sheep.

All of the morning activities were fun, but the  afternoon was definitely the highlight of the day. It was Safari Time!

We all filed onto an open-framed school bus and grabbed cups of food pellets to share with the new friends we made along the way. (No, not people friends. Animal friends, silly!)

Our Docent (fancy word for tour guide with a lot of knowledge) was hilarious and took time to teach us all kinds of fun facts about the animals we were seeing.

Some of the first animals we saw were the giraffes. A male giraffe managed to stick his long neck into the bus to help himself to some food! It was quite a sight to behold.

After spending about 15 minutes with our long-necked friends, we traveled on to see tons of deer, waterbuck, and wildebeests. The Wildebeests were playing tag with each other, the beautiful cheetahs were lounging in their shelters and the rhino was taking a nap. The ostriches were a bit intimidating, but the Kudu were anything but. We saw several other animals that day and the experience will be one we remember for a long time.

After returning to camp there was a BYOB Talk (basically an afternoon coffee talk) on trip planning. This was followed by Dad’s Night out. The guys headed over to a local waterfront bar and grill and the moms stayed back to man the wild herds. But don’t fret because it was our turn the next night!

Wednesday, Thursday, and Friday were filled with more coffee talks and BYOBs on everything from road schooling to boondocking.

Each day there was a special family activity to complement our Safari theme. Wednesday we “Traveled to Africa“, Thursday we went “Wild About Art”, and Friday we made elephant toothpaste in “Safari Science Class”!

There was a FTF Explorers Storytime Hangout, a movie night (of course we had to watch Madagascar and the Lion King), and a campfire night. In between all of the scheduled activities there were lots of friendships being formed and an abundance of children laughing in the background!

Saturday was our final day, but it wasn’t short on camaraderie or adventure! We stuffed our bellies first thing in the morning with a delicious brunch themed potluck.

After brunch, a bunch of families headed out to Dinosaur Valley State Park. Here, Ms. Jennie led the group on a hike to find dinosaur tracks! Our family ended up staying behind for this outing due to our children being so exhausted from playing hard all week. However, we have been to the park before and the dinosaur tracks are really awesome, and those who went that day totally agreed with us.

This final day was closed out with the FTF traditional dance party! Ms. Jill was sporting her cheetah pants and ears as she graciously thanked all the volunteers and awarded more raffle prizes. One of the teens did an awesome job as DJ of the party. And overall, the kids (even the adult ones) had a blast!

Fulltime Families Members get access to the best resources, community and discounts.

Are FTF Events for Me?

As you can see, Fulltime Families knows how to gather the troops and create events that foster community and fun.

Our family is so grateful for the relationships that we have built with other full time families in such a short time on the road. It has made all the difference in being fulfilled and successful in this lifestyle!

After reading all about this WILD week, I bet you are thinking, “That sounds awesome!”  Well, it was!

If you haven’t had a chance to attend an event yet, what are you waiting for? Sign up for one now! There are lots of fun options for 2020. Our family will be on the ROAM Alaska Tour this summer. We hope to meet you there!

Lauren Kresge and her family have been traveling full-time since September of 2019. They have attended several FTF events and have met tons of other Fulltime Families along the way.

You can follow their adventures on the web,  Facebook, YouTube, and Instagram under the title of Prodigal Overland. They also have a special Roadschooling Website called Skelly Hodgepodge: The Roadschooling Squirrel where they invite children of all backgrounds to join in the fun of learning from nature.

Have Questions? Reach out!
[email protected]

Hello, Login to start. Not a member? Join Today!